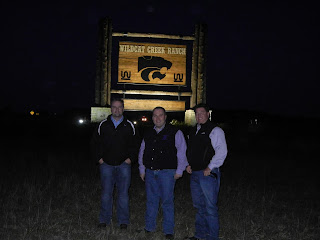 -        After flying into Kansas City, Kevin and I drove to Wichita for the first day of the conference.  This event is well attended with over 600 people on the tour and conference.  Jarold Callahan, president of the AAA board gave his welcome and then we were entertained by a number of guest speakers.  Matt Caldwell, regional manager (AAA) spoke on setting the stage, followed by Bob Weaber (Kansas state) and Daryl Strohbehn (Iowa state) who spoke on the impact of production systems.  This was followed up by Sally Northcutt, director of genetic research, and Brian Brigham, of Angus Genetics Inc.  Tonya Amen of Angus Genetics spoke about Genomics – Old, Now and New.  Megan Rolf (Oklahoma State) and Mark McCully along with Jude Capper enlightened us on Global food production.  Bryce Schumann (CEO, AAA) wrapped up the technical session. 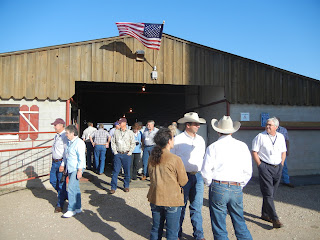 -        Then we were off touring for two days, kicking it off at McCurry Bros.  The next day was touring in the famous Flint Hills of Kansas at Sankey’s 6N Ranch, Fink Beef Genetics, Lyons Ranch, and historic Cottonwood Falls.  The next day led us to Pratt Feeders, Gardiner Angus Ranch, Giles Ranch and Stucky Ranch.  This was a long tour, covering the state from one end to the other.  We saw some interesting ranches and some interesting ways of raising cattle on facilities, that did differ in areas of the state.

-        Kent McCune toured Kevin and I to the Wildcat Creek red Angus Ranch.  They have purchased numerous cattle in Canada and owner Klee Watchous was extremely pleased we stopped by to see his good herd and beautiful ranch and handling facility. 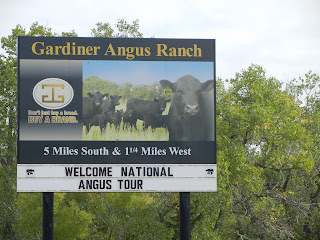 -        The next day we attended the “Under the Influence” Red Angus sale in Emporia, Kansas.  This event is co-managed by Brian Mackenzie and Gilchrist Auction Co.  Great sale, averaging $4300 plus on 64 lots plus the frozen section that was outstanding.  They were pleased to have us in the audience.

-        Overall, a good trip, especially well received from our American friends, more behind the scenes.  You can always learn a lot on these types of venues that is very beneficial to Canadian beef production.