I’m in Australia learning about the beef industry here and (honestly) escaping the end of what feels like the winter that will never end.  I arrived on Thursday and spent the weekend at the Sydney Royal Easter Show.  The Royal Easter Show is like nothing we have in Canada.  To best describe it as the Calgary Stampede meets Agribition or for those of you in Eastern Canada, the CNE meets the Royal Agricultural Winter Fair doesn’t even give it justice.  Although it shares the Royal designation with the Toronto Show they are very different and the amount of baked goods, art and handiwork competing is bigger than any fair I have seen in Canada. 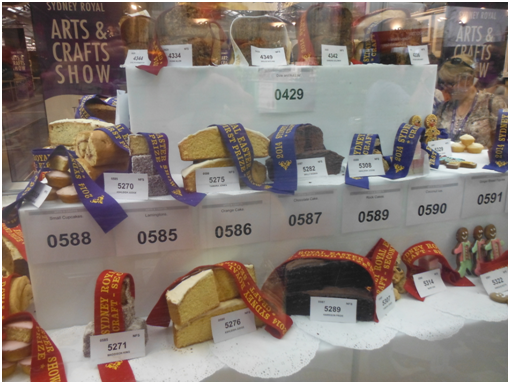 Friday was a hot day for a fall show, about 30 degrees Celsius (remember that’s above zero)  but the show was in a canvas building, so there was plenty of shade and they were showing on green grass so it didn’t seem as bad.  After about 40 head of Red Angus went through the ring, Grand Champion Female went to GK Red Bella 26 G42 sired by Red Fine Line Mulberry 26P, owned by Gavin and Kirrily Iseppi.  Grand Champion Bull was Wollumbi Hi Star H53 sired by Red BVR Rab-Star 56C owned by Peter Weiss and David Croker. 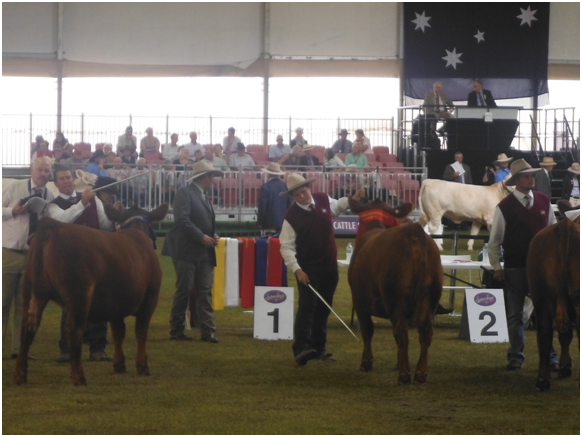 After a good rain Friday evening, the humidity broke and it was a much cooler day for the Black Angus show on Saturday.  With more than 160 head in the show, it was a longer day but another good one.  Grand Champion Female went to PC Miss Shiraz H449 sired by HF Tiger 5T, owned by Pine Creek Angus.  The bull classes were topped by Talis Gas Gas G337 sired by Double AA Old Post Bandolier, owned by McLachlan Group. 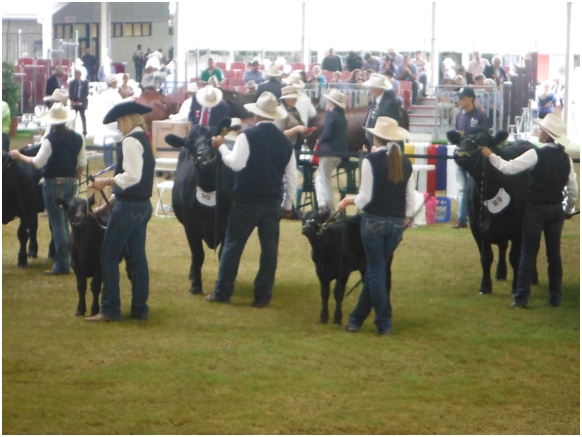 I was impressed by the quality of the show and how well run they were, both shows had excellent cattle from top to bottom.  There were a fair amount of Canadian genetics in the cattle in the shows and all four champions were sired by Canadian bulls.

During a break in the Black Angus show on Saturday I managed to catch some of the Brahman show which was happening in the other half of the ring.  It was an eye opening experience for this Canadian kid but that is why one travels after all.  The beautiful thing about attending an event like this is that farmers are the same sort of people everywhere and they always like to visit with other farmers.  This makes meeting new people easier than at other places.  To follow along with the rest of my Nuffield adventures visit havevacationwilltravel.blogspot.ca.