Claude George Bowes-Lyon was born on July 21, 1824 in Hertfordshire, England. He became the 13th Earl of Strathmore and Kinghorne, a title that is a part of the Peerage of Scotland and England. He married Frances Dora Smith in 1853 and had 11 children. It is reported that he was quite the cricket player, having made several appearances in first-class cricket in the United Kingdom. 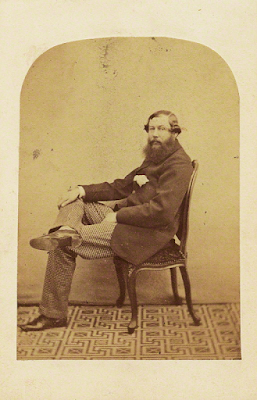 Claude eventually took an interest in Aberdeen-Angus cattle and quickly developed a reputation within his home parish of Glamis for quality and show-winning animals. Minx and Ju-Ju were among them, the heifers winning at both the Smithfield and Birmingham shows. This made sense, considering there was already a long history of memorable Angus animals coming from Glamis: Black Meg and Jude, two of the founding dams of the breed, being among them.

Claude kept up the tradition of quality stock until his death on February 16, 1904 at the age of 79.

Now why is he so important, you might ask? Well among the 11 children Claude and his wife Frances had was a son, also named Claude Bowes-Lyon, who became the 14th Earl of Strathmore and Kinghorne. He was the father of the woman who would become the patron of the Aberdeen-Angus breed for the next 50 years: Elizabeth Angela Marguerite Bowes-Lyon. But we tend to know her by a different name: Queen Elizabeth the Queen Mother. 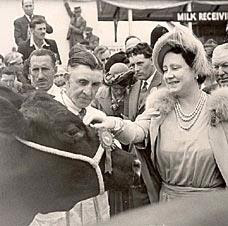 
For Throwback Thursday we thought it might be interesting to look back on the past four months we, the archival interns, have had. We could describe to you how many boxes there were to sort, categorize and organize, but instead how about we just show you:

There were bins upon boxes upon bins upon more boxes, all heaped to the rim of old sale catalogues, magazines, association documents, and photographs. Our job, as archivists, was to decide what out of all this history was worth keeping, where it should go, and the importance it possessed. The task, at first, was daunting, especially considering that we were not the first interns to tackle this project.


But over the next few months, things slowly fell into place. Magazines were put in chronological order, trophies were polished and displayed, and binders were created to hold the odds and ends. Anything that could be scanned was, and the acquisition of our new archiving software has made digitally sorting the documents immensely easier. We have become professionals at multi-tasking, and if you need someone to put labels on everything you own, we’re the girls for the job.

Now, our office (which resembled the inside of a paper shredder for much of the summer) looks more like this: 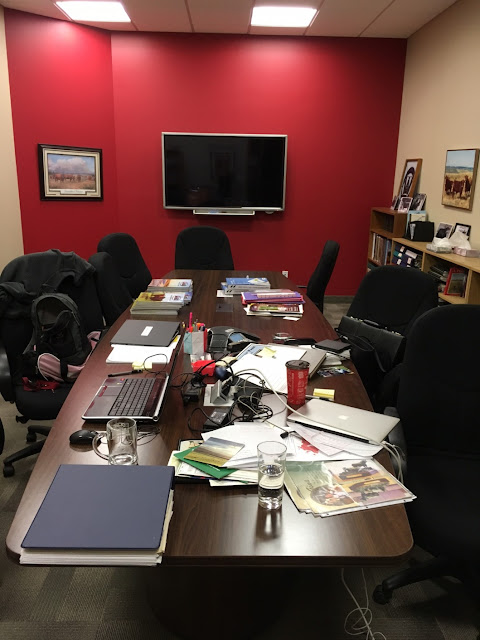 Although it’s still a little messy and there are still some items to be sorted through, the extra tables are gone and the boxes are stacked neatly in the storage room (thanks, Alan!). It’s been a whirlwind of a summer, and it’s amazing to look back on it in photos to see just how far we’ve come!
Post by Kiani Evans
Feedback: cdnangus@cdnangus.ca
Posted by Canadian Angus Association at 2:49 PM