William McCombie of Tillyfour, Scotland, is considered to be the founding father of the Aberdeen-Angus breed as we know it today. The McCombies lived in the Scottish region of Tillyfour for some hundred-odd years before William came along and began to selectively breed for the all-black cattle he became so famous for. The 19th century saw the introduction of more convenient modes of transportation, such as paddle steamers, which allowed him to bring in animals from all across the UK and subsequently breed for the characteristics he desired. This ultimately culminated in the bull Black Prince, who destroyed the general opinion that a Scotsman and his animal would never champion at the Smithfield Show—an annual British agricultural event—by taking the gold in 1866. He weighed over one ton and had a girth of nine feet and eleven inches.

Black Prince impressed so much that Queen Victoria took notice. She asked McCombie to bring him to Windsor castle for a private viewing, and that winter he gifted her a cut of beef from his carcass. The Queen later went in person to McCombie’s farm in Tillyfour, and was so impressed with the caliber of his animals that she acquired a number for herself. These went on to establish the first Aberdeen-Angus herd at the Royal farms in Abergeldie Mains near Balmoral.


In 1879 McCombie retired, having won the Paris Universal Exhibition the previous year. His stock sale was said to have been the most well-attended agricultural event in living memory. 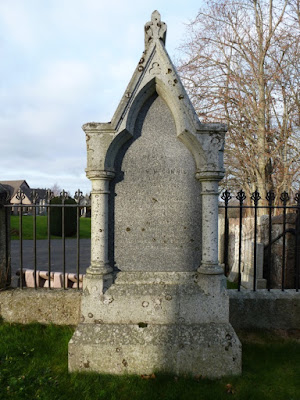 William McCombie died the following year and was buried in the Tough Kirkyard cemetery in Aberdeenshire. His burial marker reads: “In memory of William McCombie of Tillyfour, for several years Member of Parliament for West Aberdeenshire, who d. 1 Feb 1880 aged 74. He attained a distinguished position as an agriculturalist in rearing and improving the black polled Aberdeenshire cattle earned for himself a high and widespread reputation.”


Posted by Canadian Angus Association at 10:35 AM


5.    Entertainment
Some conferences have some pretty fantastic entertainment and CBIC 2017 is among them. I had the opportunity to meet and hang out with country artist Drew Gregory last year. He’s back this year and I hear he has new music. I can’t wait to be among the first to hear some of it. CBIC 2017 will also feature Justin Ament. I’m looking forward to his live show. Two great Alberta country stars entertaining us and keeping us energized—that’s a great conference perk!


Stampede Park is a fantastic venue for CBIC because we are able to mix live animals with speakers. Learning opportunities include low-stress cattle handling techniques and best practices to keep animals calm in chutes and alleys. CBIC also includes a ranch rodeo with top ranch hands competing in everyday cattle and horse handling scenarios.


I don’t know what an Olympic gold medallist is going to say in a keynote address to 750 beef producers, but I want to hear it first-hand! I’ll never forget watching 2010 Olympic coverage and seeing Jon strolling through the streets of Whistler drinking from a pitcher of beer, basking in his success, high-fiving anyone who held their hand out. I don’t watch the Amazing Race but I’ve heard he’s a great host. I have no idea what he’s going to say, but I know he’ll say it with enthusiasm.


2.    Enjoy Dinner at the Canada Beef Centre of Excellence


I personally believe that the Canada Beef Centre of Excellence (CBCE) is one of the best-kept secrets in the beef industry. It is an amazing facility! And the food is absolutely incredible! I bet it’s pretty difficult to work in the building when the chefs are hard at work creating culinary delights. I attended an industry event hosted at the CBCE in June and every dish was Instagram worthy. I would never have thought of using beef fat to make shortbread cookies, but the imaginative and talented chefs at CBCE did and they were out of this world!


About 650 people attended CBIC 2016. That’s a lot of beef producers! I volunteered at the registration desk on the first day and the second morning and I got to meet a lot of those people. It was a great way to match names to faces, meet people that I follow on Twitter, and to meet new people. It was also a great way to catch up with industry people that I don’t see or interact with on a regular basis.


It doesn’t matter who you bump into or talk to at CBIC—you have at least one thing in common with everyone there, which makes it pretty easy to start a conversation. You never know where it might lead—a new friendship, a mentor/mentee relationship, or even a new customer or supplier.


Find your own reasons to attend CBIC 2017 by checking out the conference website at http://canadianbeefindustryconference.com. Register now—there are only about 100 spaces left! 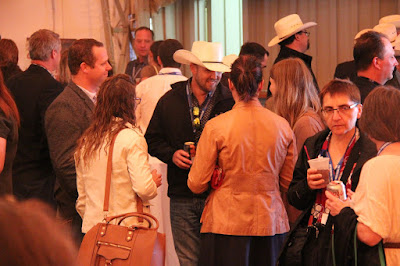 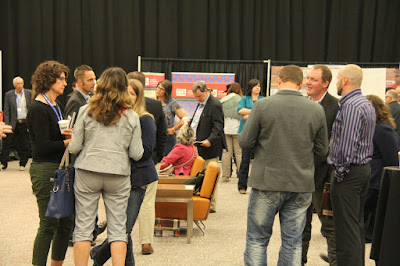