Neat Experiences for the Interns as Summer Arrives


4-H shows are in full swing! As a past 4-H member, I enjoy going to other 4-H shows to see how other regions run their shows. I can say that I have not attended two shows that have been the same. This keeps my job very interesting and I am always learning new things when I attend these shows. 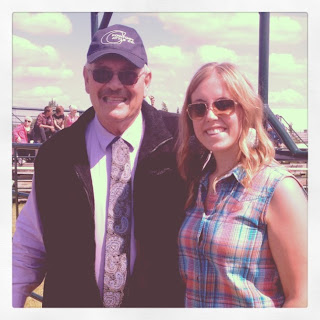 I was fortunate enough to help ring the Irma 4-H show in the middle of June. It was a beautiful day outside and I was able to get a little sun, which is always nice. I arrived at the show and was happy to see who I would be helping in the ring. The judge was Dennis Erikson. I have seen Dennis a few times over the years and he has judged at a few places I have been. I will never forget Dennis though because my very first year in 4-H I attended a show before my own achievement day and Dennis was the judge. My heifer, Wilma, was not being the nicest to me that day and I was scared to go into the show ring for the first time. Dennis was very patient and he helped me through my very first class when I was nine years old. So for me it was a real treat working in the same ring as Dennis.


After the Irma Show I was heading back to Regina and stayed in the office for a few days before going to my next show. For the weekend I went to Moose Jaw and helped at their regional show. The show had not been outside in years but this year they decided to chance it and the show was outside. The weather cooperated and the show was very good. I met many people at this show and made some contact with some of the Saskatchewan junior Angus members.  A good majority of cattle had Angus influence at this show and I would say 90 percent of them were Black Angus. The supreme female of the show was a Black Angus heifer. Overall, the show went great and the kids finished with their sale in the afternoon on Sunday. 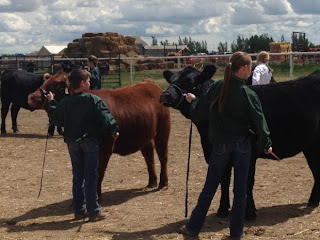 My next stop was Calgary after the July 1st weekend. Katelyn and I went to visit Hamilton Farms and they helped us with a video project that we are working on. It was a great afternoon and the weather could not have been any better. We were treated with a surprise at the Hamiltons. They had rescued two baby fawns and are bottle feeding little Rosie and Olivia. The fawns were fun of energy and really entertaining to watch. 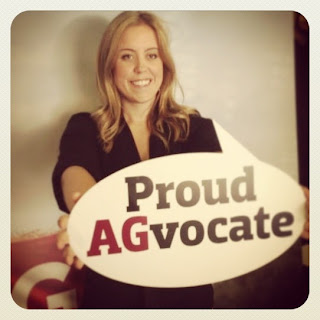 I worked in the Calgary office for the rest of the week and got prepared for Stampede that was starting on Friday. We got all of our information together and made sure we had enough Angus swag to give away. We were helping in the Cattle Trail portion in the agriculture barns on park. We were there to help the Canadian Beef Breeds Council and to answer any questions that people walking through the trail my have. I really enjoyed interacting with different people and was intrigued by some of the questions that I was asked. I especially liked to talk to people that were not from Canada and learning about the beef industry in their respective countries. One lady from Switzerland told me that they use Simmental cattle for both beef and dairy purposes in Switzerland. I found that interesting because in Canada a Simmental cow would never be used for milk production. It is cool to learn how different countries use different breeds in a variety of ways. At the booth in Cattle Trail, we worked with the organization Ag More Than Ever as well. When we were not talking to people at our booth we were taking photos with the Ag More Than Ever speech bubbles. Overall, the cattle trail was very busy and the 10 days went by quick! It was amazing being down on the grounds and to see how much work everyone did to get the park ready after the floods. I tip my hat to everyone who worked together to clean up the park so the greatest outdoor show on Earth could go on! 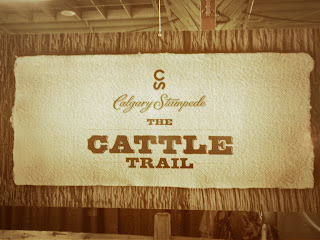 I am now back in Regina and am working on some educational DNA videos, getting prepared for Showdown, Saskatchewan Gold Show and the Manitoba Beef Roundup. As of today it is only one week until I will be in Armstrong, BC for Showdown! I am very excited to see all the different projects the Juniors have been working on and to travel to Armstrong, BC. I am very fortunate to be getting many “first” experiences with this internship and I can’t wait for many more to come!


The last two weeks have meant much collaboration for Matt, Karla and I as we have been back together at the office for Calgary Stampede and Summer Synergy in Olds, AB. As the school and 4-H year has wrapped up, I have been spending much more time in the office and learning the inner workings of the CAA office. I must be doing okay as I was Joanelle’s replacement again last week while she was on vacation.


Karla, Cassie and I also got the chance to go out to Hamilton Farms and begin filming for our "How to Get a DNA Sample" video which will be popping up on YouTube soon! We got to see the legendary HF Tiger 5T, which honestly made me a little nervous and could be put on the same scale as meeting Elvis Presley. Rob and Gail were excellent hosts, and I am so thankful to have had an opportunity to visit Hamilton Farms.


This update finds me fully completed my fourth year as a Summer Synergy participant. I know I’ve said it before but I will say it again--we have some truly amazing junior members. From the very beginning of move-in on Monday, I have been overwhelmed with the amount of mentorship and overall camaraderie. From the PeeWee members at cow camp to the retiring senior members, everyone had a genuinely good time and has excelled in all competitions. It is also great to see Canadian Angus Juniors from not only Alberta but also Saskatchewan. The quality of cattle at Summer Synergy Angus Division was phenomenal.


The Angus breed was well represented in the scholarship selection as well. $2,000 senior scholarship winners included Angus members Dakota Townsend of Sylvan Lake; Cayley Peltzer of Rosemary; Tyler Dietrich of Forestburg and Katelyn Dietrich (me) of Forestburg. Senior recipients of $1,000 scholarships included Tyson Matejka of Ponoka; Chad Lorenz of Markerville; Travis Hunter of Didsbury; Bailey Dietrich of Forestburg; and Katie Crawford of Didsbury. In the intermediate category, $1,000 International Youth Livestock (IYL) scholarships were awarded to recipients Laurie Morasch of Bassano and Jill McLerie of Innisfail. The $500 IYL scholarship winners included Wacey Townsend of Sylvan Lake; Maguire Blair of Drake, SK and Halley Adams of Forestburg. Junior-aged participants Kelli-Rai Sieben of Ponoka; Cache McLerie of Innisfail; and Ashlynn Duffy of Lacombe were also on the list with $500 IYL scholarships. This means over 30% of scholarships (or 17 of 55 scholarships) were awarded to youth exhibiting Angus or Angus Influence entries at Summer Synergy 2013.


I would like to once again thank all the sponsors for the opportunities they provide for me, my family, all my friends and many more other youth. This support, whether it be the local 4-H show, CJAA or Summer Synergy, is so much more than anyone can understand. There are some words I want to share with my fellow CJAA members, alumni and all our volunteers who have gone through programs like Summer Synergy (see below the photo). This competition has once again reminded me why this is where I chose to spend my summers and majority of my childhood.


The Best I Can Be
by Katelyn Dietrich

I remember being young wishing for a “real” vacation or trip,
Now I know there’s a reason not a summer I did skip.
These youth programs that run every year,
They are the best thing for a kid around here.

It’s the sunrise and the smell of clean shavings in the morning,
It’s the numerous yawns for something not at all boring.
Because of the late nights, early mornings and lack of sleep,
It’s the memories and the friends you’ll keep.

Beginning that countdown in January to the day
To when those textbooks would be far away.
And I would finally be back in the Olds Megadome,
The place I can almost call home.

The times that I spent with the best Ag youth around
Has been a safe place to learn and grow I’ve found.
Everyone is laughing and smiling,
Occasionally sharing a tear or whining.
But we’re all together,
And that’s what I remember.

Thanks to my second and third adopted mother,
Who are making sandwiches, ironing shirts, always one thing or another.
Thanks to those kids I didn’t distinguish a couple years ago,
Who have become the finest friends I know.
Thanks to the sponsors and those who volunteer,
They make it possible for us to be here.

These are the things that must be said,
To someone who is looking ahead.
Farther past what that Champion Heifer will be bred.
You might not see it now, might not just see how.

But these shows and competitions are everything,
No matter the success, failure and all they may bring.
The ribbons fade, the buckles tarnish,
But a soul and work ethic will varnish.

You will have these life skills and lessons forever
Whatever you may choose to endeavor.
It’s tomorrow not today you will see.
These programs will make you the best you can be.

CJAA Showdown is a mere 10 days away and I couldn’t be more excited! This will be my second Showdown experience as my family attended 2011 in Weyburn, Saskatchewan. However, the beauty of Showdown seems to be the different locations, and all this brings to the event. I am already gearing up for the Angus Cook- Off so everyone better bring their A-Game!

Posted by Canadian Angus Association at 8:07 AM